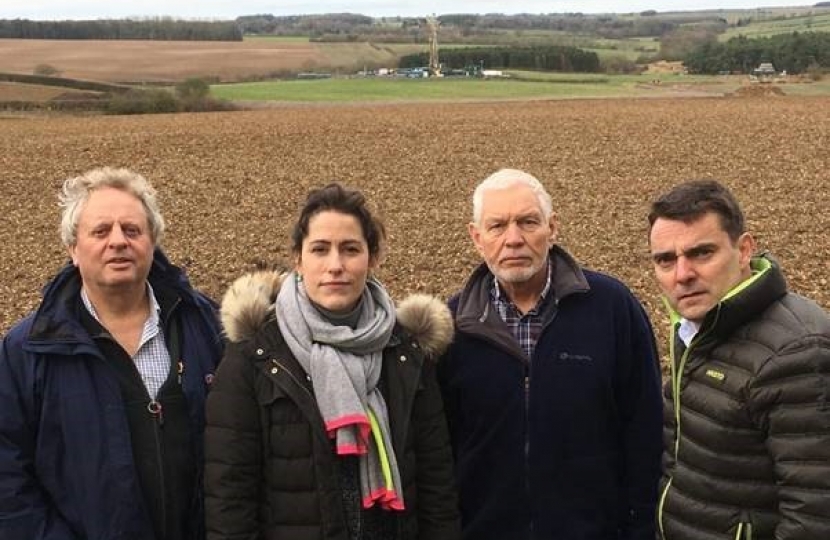 The process of oil drilling on farmland in Biscathorpe began in March 2015 when Egdon Resourcing Plc obtained temporary planning permission from Lincolnshire County Council to drill a conventional exploratory oil well. This permission was extended to December 2020 in May last year.

Egdon Resources state that their proposal is for conventional drilling only, and this should not be mistaken for the process of hydraulic fracturing (fracking) for shale gas. There is evidence that Biscathrope and the surrounding area in Lincolnshire do not have the specific rock formation which contains shale gas and therefore would not be suitable.

Following the visit, Victoria commented, ‘’It was important to me that I visited the site in Biscathorpe to see first-hand what was taking place at the site and its effect on the local landscape. I understand the strength of feeling in the area and wanted to hear directly from local residents and community leaders about their concerns”.

I was ready to vote for the Prime Minister’s Deal today and get Brexit done, honouring my promise to constituents to deliver Brexit and provide certainty for business.

Parliament, however, decided to kick the can down the road again.