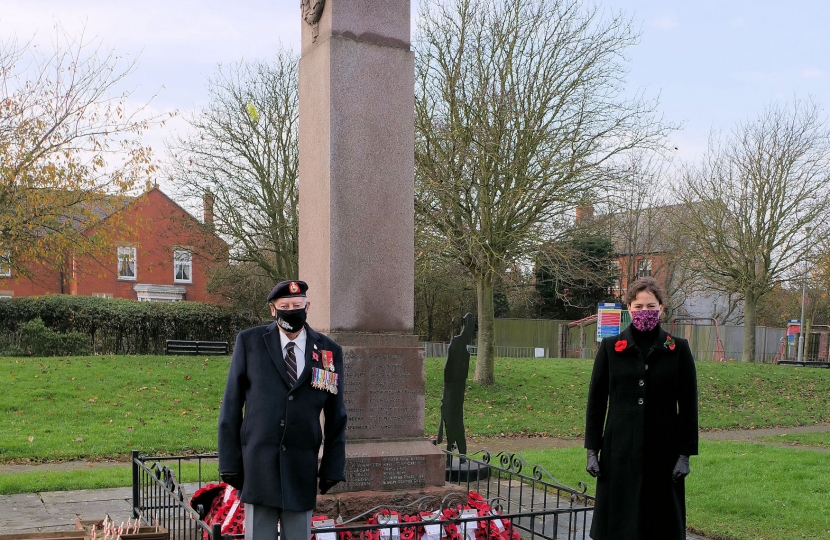 I marked Remembrance Sunday this year by joining veterans and community leaders in laying a wreath at Mablethorpe War Memorial. Owing to the changes to the day due to the Covid-19 pandemic, participants paid their respects on behalf of the wider community in a smaller, socially-distanced gathering.

Whilst at the service, I had the honour of meeting local war veteran, Mr Jack Quinn, 96, who served in the Royal Marines as a Corporal and was active during the D-Day landings.

On the night of D-Day, Mr Quinn defied his Major’s orders to help rescue a French boat on fire. In doing so, he crossed a minefield to reach the sailors on board and took them back to the hospital for treatment. His brave actions at the age of 19 resulted in several lives being saved that day, and  is one of few war veterans who holds the Croix De Guerre - the French equivalent of the Victoria Cross- with a silver star for his service. Mr Quinn has also recently received the Legion D’Honneur, one of the highest French military honours, and was awarded the ‘Freedom of the Parish of Mablethorpe and Sutton’ in 2019.

It was an honour to meet Mr Quinn and to hear about his remarkable service during the Second World War.  I was incredibly moved by his heroic actions in saving the lives of allied sailors, which demonstrates the resolve and bravery of members of the armed forces who fought for our peace and freedoms.

Honouring those who have made the ultimate sacrifice for this country is more important now than ever. We also give our thanks to the servicemen and women in our community at RAF Coningsby, and to those in the wider armed forces who serve today.

It is great news that 34,377 people in the constituency of Louth & Horncastle have received at least 1 dose of the coronavirus vaccine!