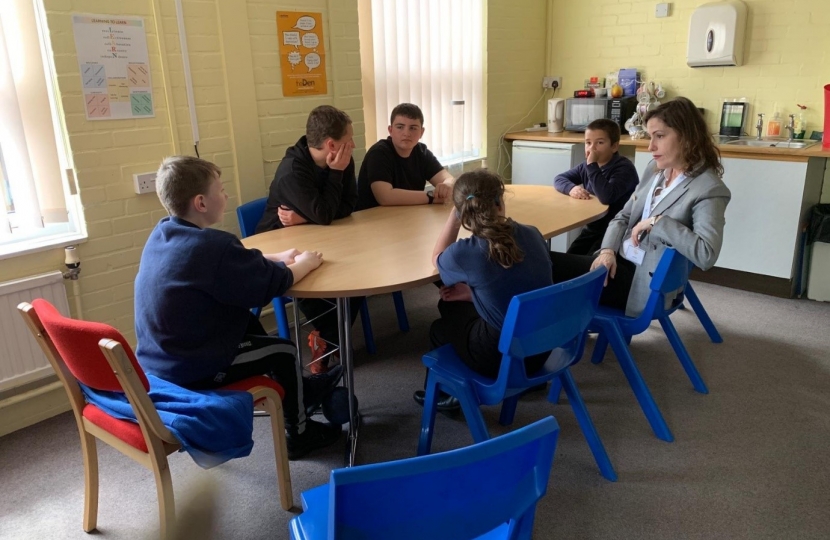 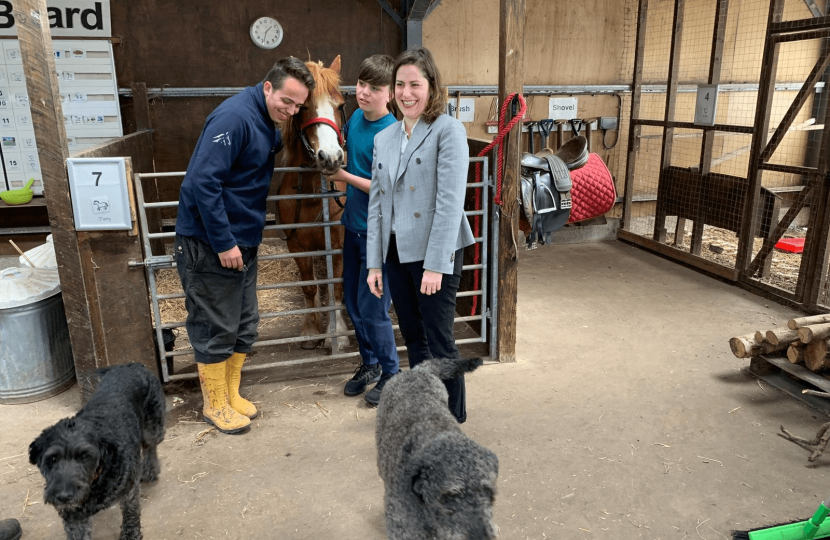 St Lawrence School in Horncastle received a visit from their Member of Parliament Victoria Atkins recently so that they could introduce her to their school parliament.

Students at the 5-16 Lincolnshire Wolds Federation special school are invited to participate every year in the election of their school parliament. The elected school parliamentarians can then become secretaries of state where they are guided by a senior member of staff in a corresponding department to oversee policy in that area of the life of the school. The head of PE, for example, mentors the pupil elected to be health secretary in making decisions about how pupils can stay active at school.

This year’s school Prime Minister said: “I have had so much fun in my role on the school parliament and it has also been an opportunity to take on some responsibility. I have to set an example to the other pupils and make sure my cabinet works hard. After 2 years as PM, I will be stepping down at the end of the year to concentrate on my exams.”

Commenting on the importance of the initiative, the school said, “Our school parliament plays an essential and important role in guiding the development of the school.  Students views are represented by their peers throughout the school and due to the importance it holds, students aspire to be elected into these leadership roles. The skills and experience are an invaluable part of our offer across school and the wider federation, in enabling our students to prepare for adulthood as global citizens”.

Victoria also enjoyed a tour of the school and the provision on offer for students, including the outdoor learning centre, housing a horticultural area and a menagerie of large and small animals including the school dog, goats, pigs, horses, ducks and even ferrets that pupils are tasked with caring for as part of their varied curriculum.

She said: “It was an absolute pleasure to speak to all the staff and pupils who have worked so hard to bring this initiative to fruition and I very much enjoyed attending a school cabinet meeting chaired by the school’s PM during my visit.”

I was ready to vote for the Prime Minister’s Deal today and get Brexit done, honouring my promise to constituents to deliver Brexit and provide certainty for business.

Parliament, however, decided to kick the can down the road again.