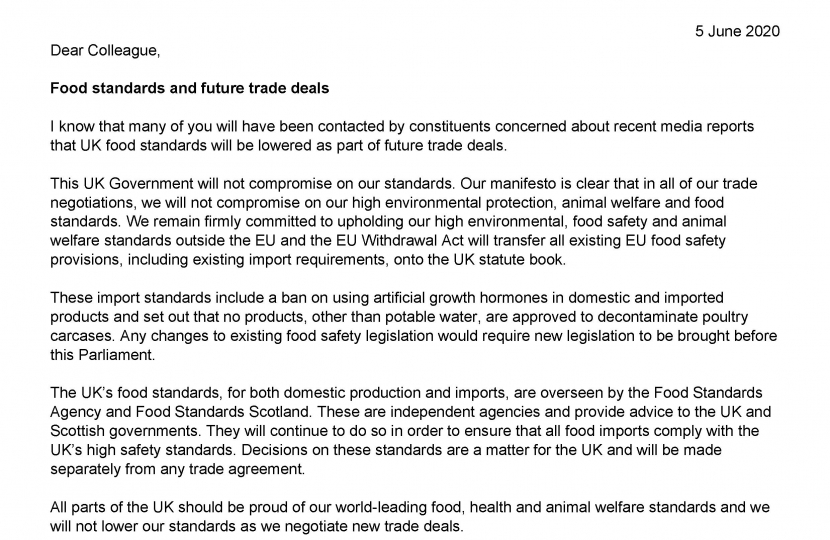 I have been contacted by several constituents about the importance of maintaining our animal welfare and food standards post-Brexit and have sought reassurance from Ministers that they will not be undermined in future trade deals.

In the latest of my shop local series, it was great to see a busy market and shops on Saturday in Louth. This is just a snapshot of the many local shops we are fortunate to have on our doorstep.