Attending the modern slavery summit at British Embassy in Paris 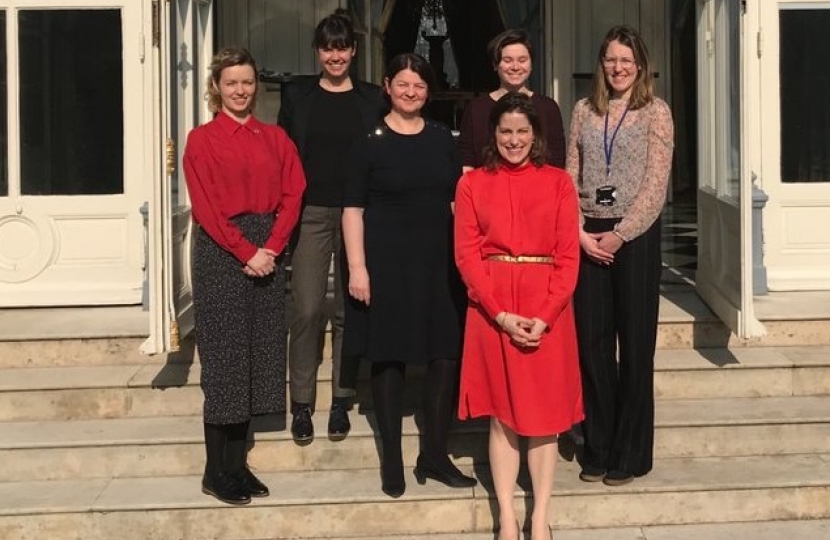 Member of Parliament for Louth and Horncastle, and Minister for Crime, Safeguarding and Vulnerability, Victoria Atkins, was a speaker at the recent modern slavery summit in Paris.

On February 22nd, Victoria travelled to the British Embassy in Paris to address a delegation at the Supply Chains conference.

In advance of Paris Fashion Week, Victoria attended the event to speak to the Gender and Diversity Committee about the steps which must be taken to make fashion fairer and tackle modern slavery.

Victoria commented, "We must remember that the textiles sector, with its complex global supply chains, is also a susceptible trade. The industry faces significant risks, but also with clear opportunities for innovation to improve the lives of workers."

Speaking about the disproportionate impact of modern slavery on women in the fashion industry, Victoria said, "We know that women - who make up 75% of the workforce in fashion supply chains - are particularly at risk."

The UK Government in 2015 introduced important legislation to combat the scourge of modern slavery, and Victoria reflected that since then, conditions have improved considerably. During her conference address, Ms Atkins announced that the UK had appointed the first anti-slavery commissioner:

"Under the landmark ‘transparency in supply chains’ provision in the Modern Slavery Act we have seen thousands of transparency statements published."

"And I am pleased to announce that today we have appointed Sara Thornton as the UK’s new Independent Anti-Slavery Commissioner, to lead our work and help the UK eradicate modern slavery and human trafficking."

"Ms Thornton is one of the most senior police officers in the country and brings her wealth of expertise, experience and independence in seeking justice for victims of crime."

The summit was an important milestone in the implementation of legislation to curb modern slavery internationally as well as nationally, and a recognition of the need for allies in Europe and beyond to stand together to tackle this modern crime.

In conclusion, Ms Atkins said: "Together, we can build a future where forced labour and exploitation are, truly, a thing of the past."