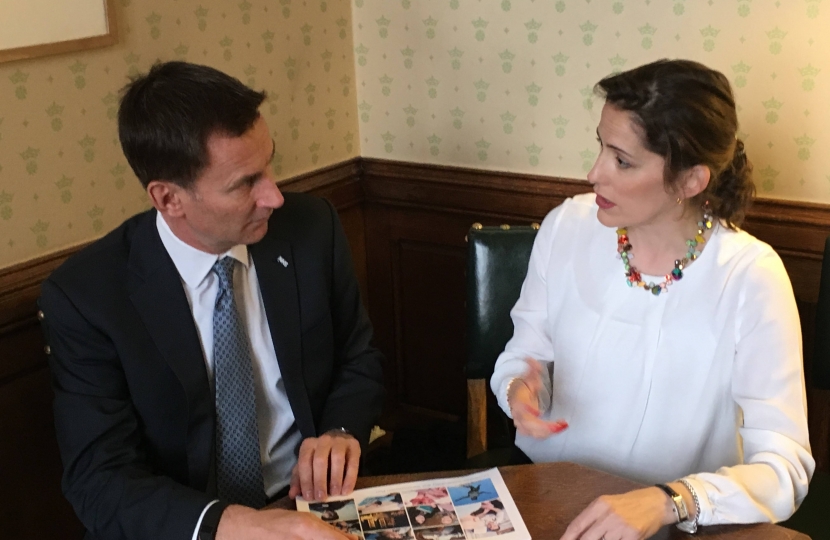 Victoria Atkins, Member of Parliament for Louth & Horncastle has welcomed the recruitment of more GPs locally as part of her ongoing campaign for better local healthcare - and warned of the dangers of scare mongering about Louth Hospital.

Victoria said, "I was elected on a promise to fight for better healthcare in the constituency. Since 2015, I have lobbied NHS leaders tirelessly about the particular health needs and pressures of our local area."

Victoria therefore welcomed last week's announcement that a further 27 GPs have been recruited in Lincolnshire, seven of whom will come to the east of the county, including two doctors for Mablethorpe.

She continued, "In addition to the need for more GPs, I have highlighted the important work of Louth Hospital to the Secretary of State and NHS leaders. The Chief Executive of Lincolnshire Community Health Services NHS Trust has assured me that the first round of public consultation regarding the STP taking place in January 2018 will not include Louth Hospital.

As I explained to the campaign group some months ago, we must deal with the facts and there must be no scare mongering. I am surprised therefore that the group, led by a former Labour parliamentary candidate, are choosing to hold a carnival "uprising" at this stage when Lincolnshire's NHS leaders have stated their position."

Victoria stated, "I will continue to do whatever I can to ensure a secure future for our hospital in Louth. I hope that others will realise that, rather than turning our local hospital into a party political football, we should work together using the evidence to sing the praises of our local hospital."