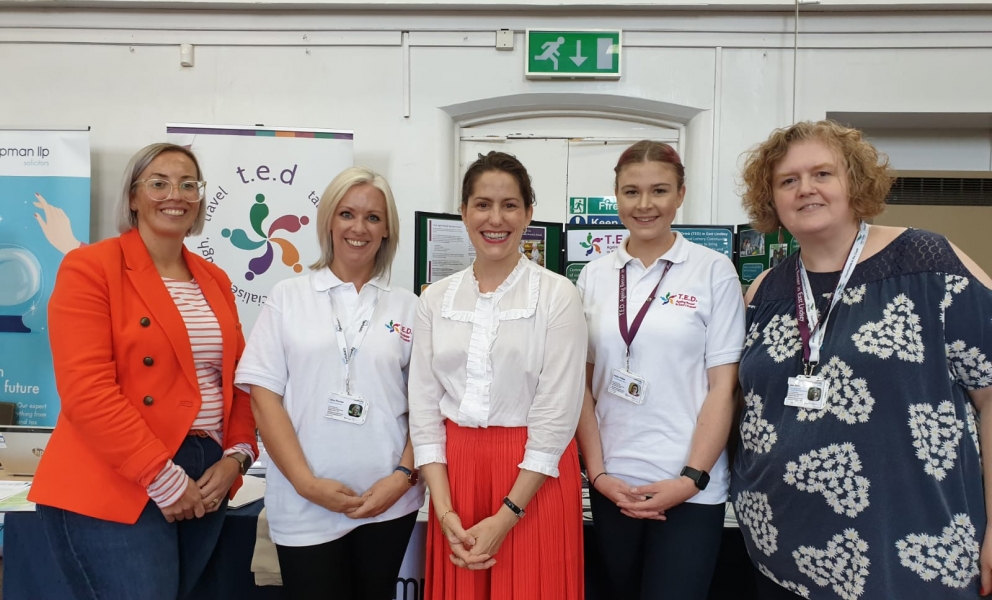 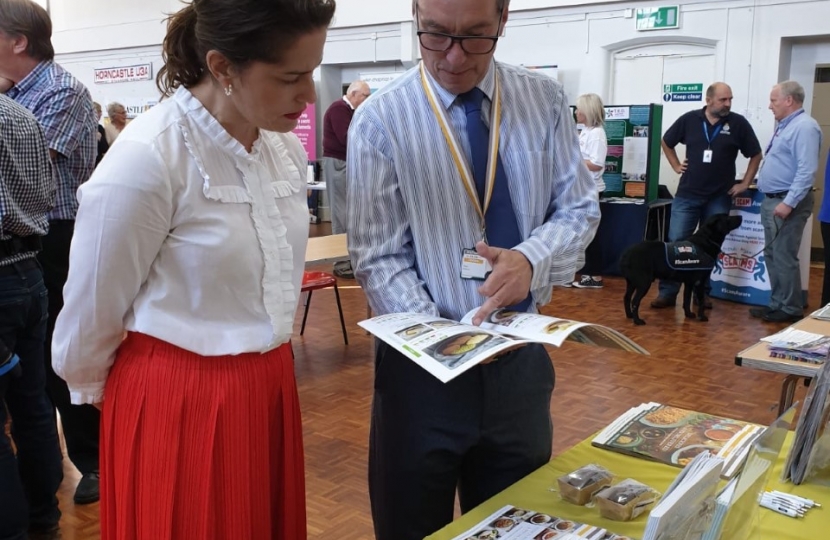 Following the success of her 2018 Older People's Fair in Mablethorpe, Victoria Atkins, Member of Parliament for Louth & Horncastle, hosted a similar event in Horncastle on Friday September 20th.

Over 25 local, regional and national organisations attended the fair, which was held in Stanhope Hall and visited by residents from across the constituency.

Designed to showcase the full range of services, advice and support available to older residents in the Louth & Horncastle constituency, different groups, including those run by local authorities, were on hand to advise on health, fitness and wellbeing; finance, local interest and recreation, in addition to many more areas of local life.

Health and wellbeing was represented at various levels at the fair. Magna Vitae held a popular stand during the morning and were on hand to discuss services offered at their sites in Horncastle, Louth and Mablethorpe. Wiltshire Farm Foods spoke to a number of interested residents about their extensive menu selections and Healthwatch LincolnshireSpecialist advice was available from Alzheimer's UK and Memory Support Group Horncastle to those dealing with dementia and Lincoln and Lindsey Blind Society were present to offer advice on living with sight loss.

There is a vibrant network of local interest groups in and around Horncastle, and Victoria took the opportunity to bring them all together at the Fair. In attendance on Friday were Horncastle History and Heritage Society, Horncastle Bowls Club, Lincolnshire Wildlife Trust and U3A, all looking to recruit more members and keep our older people socially connected and actively engaged in a hobby they enjoy.

Victoria, who has worked with Lloyds in Horncastle to raise awareness of financial scams targeting older and vulnerable people, was delighted that the Scam Aware team with the Deputy Police and Crime Commissioner Stuart Tweedale hosted a stand offering tips on safeguarding against the risk of fraudulent activity.

"I am delighted that my second Older People's Fair was a resounding success, with many residents and organisations coming along to highlight just how much there is in our part of the world for our older residents."

" Thank you to every organisation who hosted a stand and took the time to speak to our visitors about their services and the important work they do, and to everyone who came along to speak to me, the organisations and each other."

" I am particularly grateful to Age UK, who provided invaluable advice on the running of the fair, Community Lincs and TED who work tirelessly to improve life in Lincolnshire and tackle loneliness and to the Police and Fire Service, who provided immensely important advice on scam awareness and fire safety."

Lincolnshire County Council provided important advice on a range of topics at the fair, including resources for carers, representatives from the Adult Care Team and the CCG.

In the next of my #lovelouthandhorncastle​ series, Royal Air Force Coningsby share the fantastic aircraft they have as part of the Battle of Britain Memorial Flight.