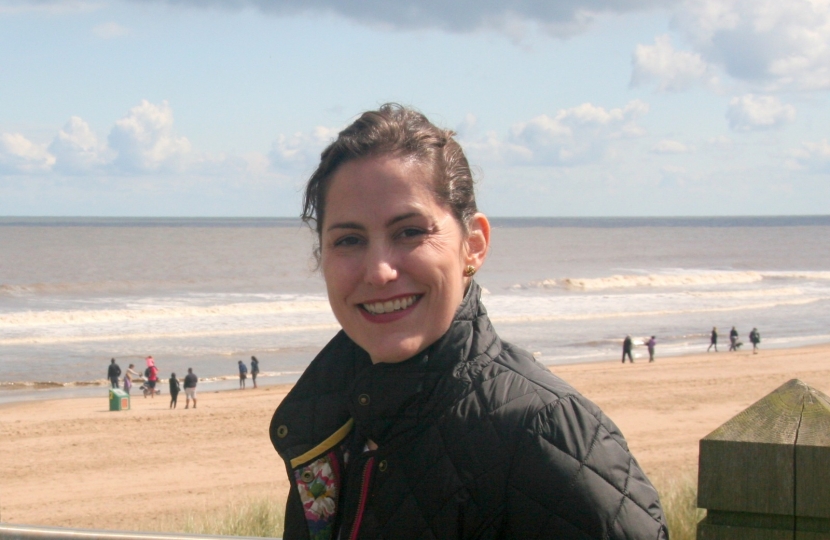 Louth & Horncastle MP, Victoria Atkins, has welcomed the news that Mablethorpe has been shortlisted to receive up to £25 million in Government funding to improve the town.

Mablethopre is one of hundred towns across the UK that have been selected to benefit from the investment. The money is being set aside to improve broadband, connectivity, skills and culture.

Victoria has long made the case for more money for Mablethorpe and has persuaded ministers of the need for further investment.

The MP has been supported in this endeavour by a committed local team on the ground, particularly the Coastal Communities Group, including local councillors Adrian Benjamin and Helen Matthews. Their tireless work has facilitated this development.

“I am delighted that Mablethorpe is one of 100 places set to benefit from up to £25m from the Government's Town Fund.”

We now have the opportunity to draw up ambitious plans to improve Mablethorpe’s economic prospects.

I wanted to ensure Mablethorpe got it's fair share of Government funding and I am pleased that the Secretary of State for Housing, Communities & Local Government, Robert Jenrick MP has listened to the case I have made for the town.

I also want to thank the members of the Coastal Communities Team who since its inception has worked tirelessly to promote the interests of Mablethorpe.”

I have spoken to the Chief Executive of the Lincolnshire NHS Clinical Commissioning Group, John Turner, about the vaccination roll out in the county. I shared my concern that there still appeared to be gaps in provision in my constituency, particularly around Woodhall Spa and Horncastle.