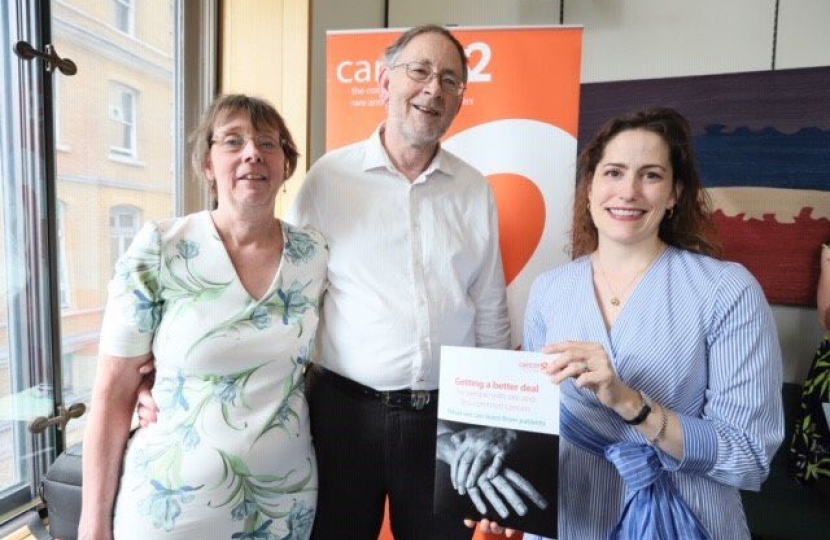 Former Mayor and Mayoress of Mablethorpe, Trusthorpe and Sutton on Sea attended a reception on the treatment of rare cancers hosted by Cancer52. Victoria Atkins, MP for those coastal communities, joined them to support the launch of a report commissioned by the charity into the next decade of cancer treatment.

"It was wonderful to meet Cllr Stephen and his wife Cllr Pauline Palmer in Parliament to discuss treatment of rare cancers."

"Both Stephen and Pauline have spoken about their own personal battles with rare cancers, and I was pleased to attend the Cancer52 launch of their report: "Getting a better deal for rare and less common cancers: The next ten years. I thank them both for raising awareness of this serious issue.""

You can find more information about Cancer52 and their report at the below link: