Remembering the Holocaust and its victims 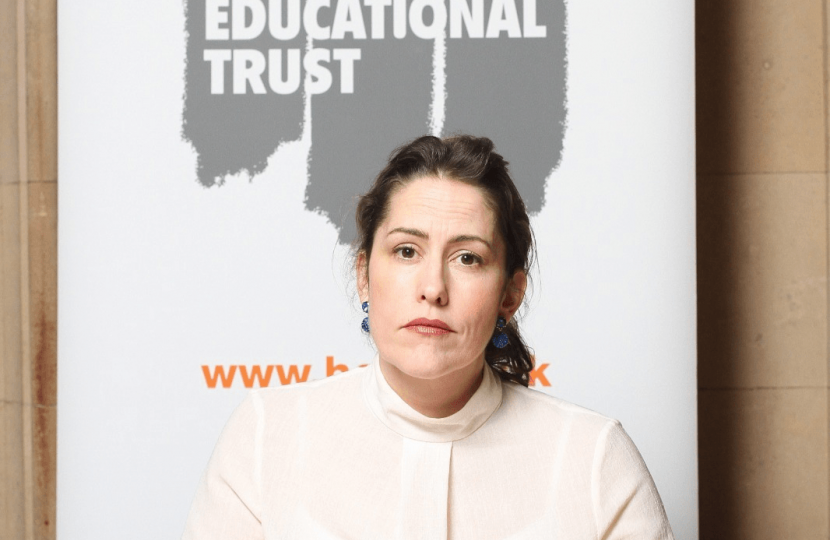 In honour of Holocaust Memorial Day 2019, Victoria Atkins has signed the Holocaust Educational Trust's Book of Commitment in Parliament.

Holocaust Memorial Day is observed annually on January 27th, the anniversary of the liberation of Auschwitz-Birkenau death camp.

In signing the Book of Commitment, Victoria made a pledge to remember and honour those who were murdered during the Holocaust, and payed tribute to the extraordinary Holocaust survivors who work tirelessly to educate young people today.

In the lead up to and on Holocaust Memorial Day, thousands of commemorative events will be arranged by schools, faith groups and community organisations across the country, remembering all the victims of the Holocaust and subsequent genocides. The theme for this year’s commemorations is ‘Torn from Home’.

As the Holocaust slips further from living history, it is more important than ever that we remember how it started: not with gas chambers, but with hate-filled words.

The Holocaust must never be consigned to 'just' history, as Victoria commented after adding her signature: '' Holocaust Memorial Day is such an important opportunity for us all to remember the atrocities committed during the Holocaust, motivated by factors which still exist today: bigotry and hatred. It is an event which must never be consigned to history and forgotten. The Holocaust Educational Trust is doing phenomenal work in advancing the contemporary lessons of genocide, and I would encourage all my constituents in Louth and Horncastle to show their support for this very important day.''

In memory of those who were murdered, we must continue to challenge antisemitism, prejudice and bigotry in all it's forms for a better future.

In the latest of my shop local series, it was great to see a busy market and shops on Saturday in Louth. This is just a snapshot of the many local shops we are fortunate to have on our doorstep.