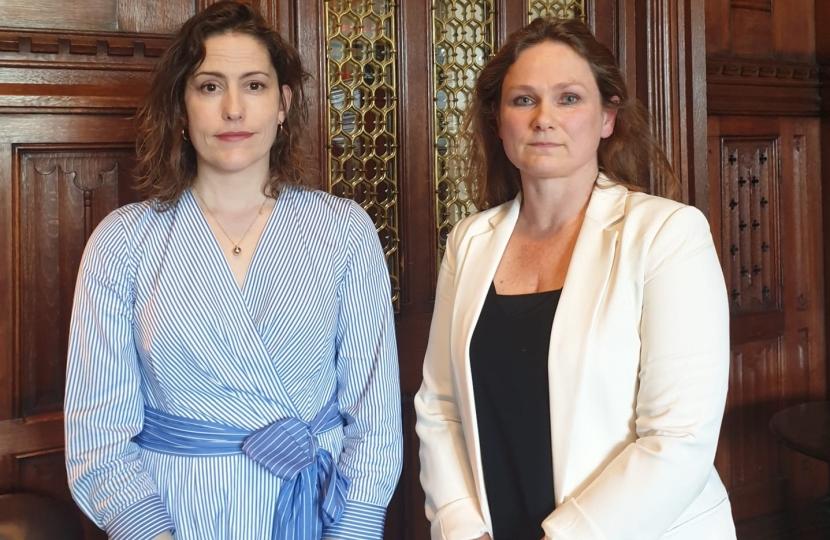 On 10 July, Victoria Atkins, Member of Parliament for Louth & Horncastle met the Head of Group Political Engagement for Lloyds, to express her extreme disappointment regarding their decision to close their Spilsby branch on 12 November 2019.

Commenting on the decision Victoria said, “Lloyds have let Spilsby down. Their decision to close their Spilsby branch means the town will lose a vital service that will affect residents, predominantly the elderly and most vulnerable.”

During the meeting, Lloyds were questioned on the services they would provide customers and staff following the closure of the town’s last bank.

Victoria highlighted her concerns over Lloyds’ decision to also close their cash machine.

She said, “Access to cash is crucial for residents and businesses. Lloyds’ decision to also close their cash machine, despite figures showing it is in demand, is particularly disappointing.”

In place of a branch Lloyds have announced that they will operate a mobile branch in Spilsby. In addition, the town’s personal banking and small business customers can manage their day-to-day banking requirements at the Post Office.

Victoria, whilst encouraged to hear a mobile banking service will be provided, commented that she was, “dismayed that little consultation seemed to have occurred on the location and timing of the mobile branch.”

She went on to say that, “consultation by Lloyds with customers, local authorities and community groups on this service is vital if it is to provide any support to the community that Lloyds have already let down.”

Lloyds promised to talk to the local Post Office, following Victoria sharing a concerning account of a resident not being able to pay in a business slip there, to ensure that there is no confusion on what services will be provided.

She went on to say that, “since our meeting Lloyds have told me that they will be in contact with local groups and residents about their decision to close the branch and the logistics of the mobile bank. They have also now confirmed that they will be running out of hours surgeries over the coming weeks to support customers and are open to running more sessions at the demand of the community. I am encouraged that Lloyds have taken this advice on board; however, I will continue to hold them to account on their offer to the community.”