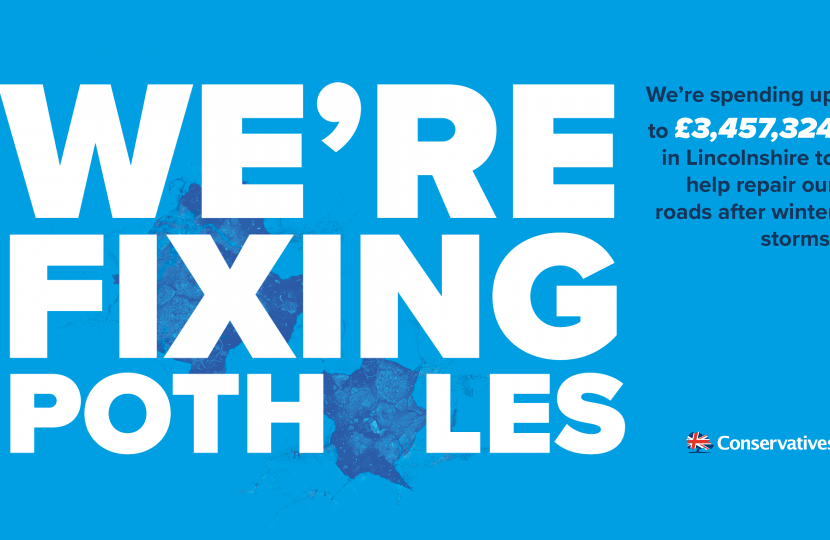 Victoria Atkins MP has welcomed £3,457,324 of Government funding to repair roads in Lincolnshire after the damage caused by severe weather.

This boost for Lincolnshire County Council is the second highest award to any local authority. It is part of a £100 million fund from the Department for Transport to help local authorities repair almost 2 million potholes and other storm damage.

The money comes on top of the £75 million in national funding already given to councils from the Pothole Action Fund this year, as well as the additional £46 million boost for highways authorities announced just before Christmas.

“Like many motorists in Louth & Horncastle, I've noticed new damage caused to local roads by the wintry weather earlier this month.

Our top funding offer shows that the Government has recognised the scale of repairs needed on our rural and remote roads, and the need to make them more resilient.”