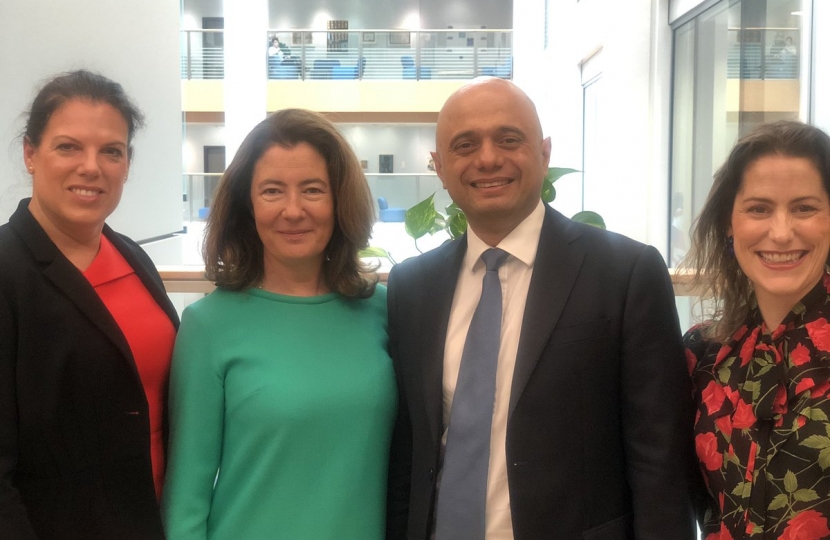 "Our next Prime Minister must deliver Brexit, forge new domestic policies which will help improve social mobility and prosperity, as well as bring some stability to our national politics.

I have listened carefully to constituents and understand their concerns and expectations of the next Prime Minister. In particular, many people want us to get Brexit done, as soon as possible, deal or no deal.  But people also want a government that will turn after Brexit to the issues which endure: building a strong economy  which spreads prosperity and enables investment in high quality public services.

As a Home Office minister, I have worked with the Home Secretary, Sajid Javid, on some of the most difficult issues of the day such as knife crime and domestic abuse, and believe that he is well placed to tackle the most important challenges facing our country.

Sajid will do everything he can to secure a deal with the EU but will prepare for the possibility of a ‘No Deal’ departure on 31st October, including setting a No Deal Budget. His successful business career before he entered politics will help in negotiations with the EU. He will, however, use his experience at the highest levels of government to plan effectively for a ‘No Deal’ scenario if agreement cannot be reached with the EU.

In a hung Parliament, with divisions rife, this will be extremely difficult but Sajid has beaten the odds before. His journey of growing up on one of the toughest streets in the country to holding one of the great offices of state is an example of the opportunities our country can - and should - offer our children and young people. It is these experiences that shape his commitment to improving prosperity across our country, including here in Lincolnshire, and investment in vital public services beyond Brexit.

Sajid has my support as the candidate who can deliver Brexit, heal divisions and take our country forward."

More information about Sajid's campaign can be found in his official campaign video linked below, and the following article clearly sets out Sajid's position on Brexit.